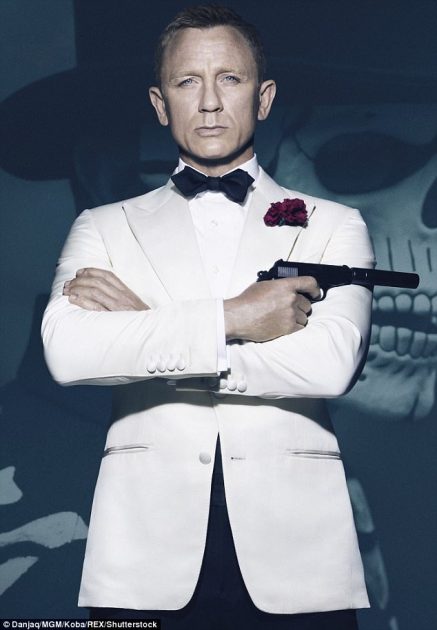 Finally! On ‘The Late Show with Stephen Colbert’ on Tuesday Daniel Craig confirmed that’s he’s agreed to play Bond in the next movie in the franchise.

‘I WILL be back as Bond,’  Craig announced, adding ‘ I couldn’t be happier. I’ve been quite cagey about it.I’ve been doing interviews about it all day and people have been asking me and I’ve been kind of coy but I kind of felt like, if I was going to speak the truth, I should speak the truth to you.’

Reportedly, the star will earn $135 for the next Bond film.