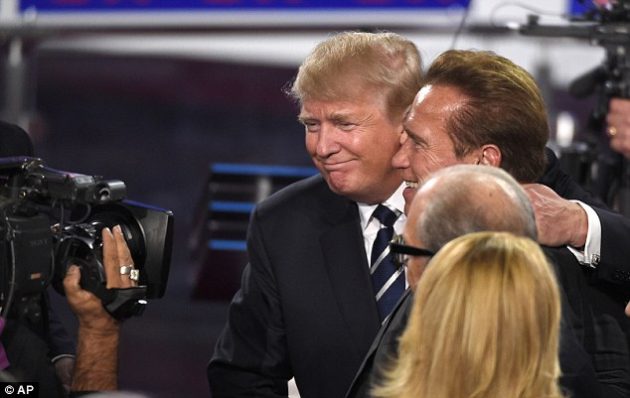 Arnold Schwarzenegger, AKA the ‘Terminator’, AKA the new host of a reality TV show, appeared on the  Today show to promote the new season of ‘Celebrity Apprentice’, but all the questions were about the man he was replacing, President-elect Donald Trump.

Even though Schwarzenegger came out against Trump during the election,  he’s now insisting Americans ‘Come together and stop whining.’

He added: ‘When someone is elected, then you get 100 percent behind them and you help them help them shape the future.

Hmm, wonder if the fact that Trump is still Executive Producer on the show has anything to do with it?