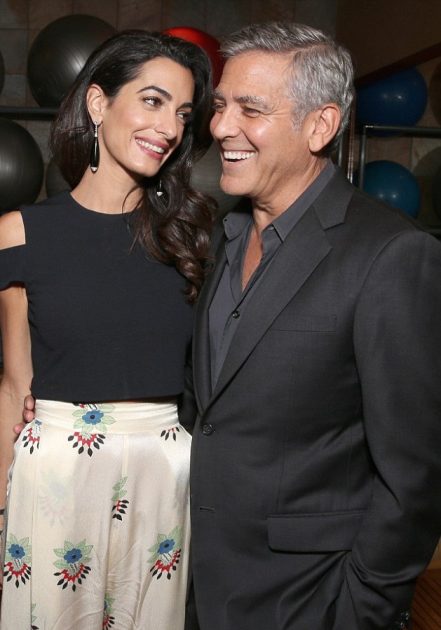 George Clooney hosted ‘Hollywood’s Night Under the Stars’, The Motion Picture & Television Fund’s 95th anniversary celebration, in LA on Saturday night, but he had something else to celebrate that night as well.

He and his lovely and talented wife, Amal, had just feted their  two-year wedding anniversary . When asked about the big day, George joked ‘And they said it wouldn’t last,’ adding  ‘Ah, we proved them wrong.’

Watch the adorable video of George on ELLEN, revealing how he asked Amal to marry him (and how long it took her to say ‘Yes’ !)