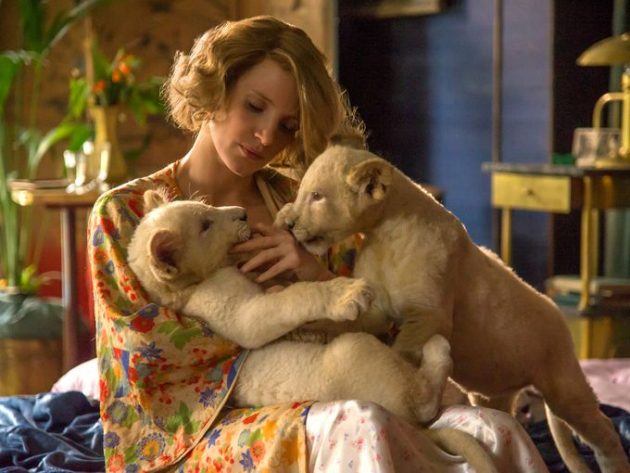 It’s Poland, the year is 1939 and the Nazis have landed.  As usual, they ruin everything they touch including the local Warsaw zoo owned by the Zabinski family.

The bucolic zoo is turned upside down by the “uniformed” beasts that kill most of the animals.  The family—who become captive in their own zoo—risk their lives to help hundreds of Jews escape the Warsaw ghetto—and–ironically they do it under the watchful gaze of the Germans.  Although the ending is a bit predictable—I bit my nails on route. 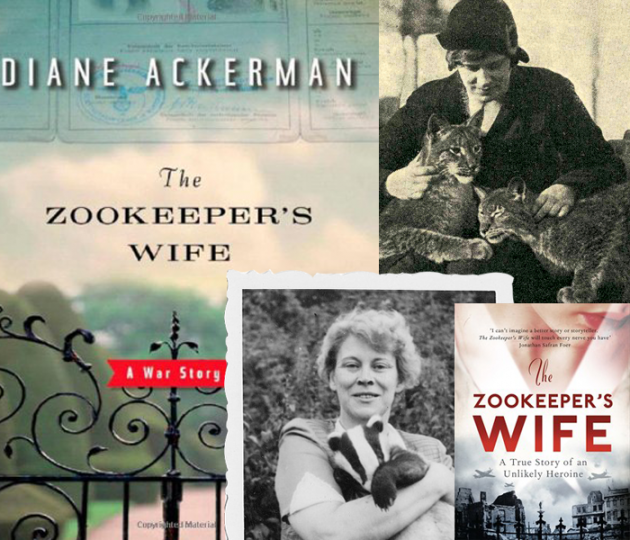 The Czech Republic doubles as Poland (apparently it’s cheaper to shoot there.)  And the international cast, led by two-time Academy Award nominee Jessica Chastain includes Belgian writer/actor Johan Heldenbergh, as scientist and zookeeper Jan, and the German actor Daniel Bruhl, as the tormenting Nazi with a lustful eye for Chastain.

The Zookeeper’s Wife is a true tale, and Jan and Antonina Zabinski left a heroic mark on the Polish resistance. It’s not quite Schindler’s List—but Chastain is engaging and it’s worthy of an evening out.

And a bit of trivia—one of the Zabinski kids (now a senior citizen) is in an opening party scene.