The UK is the first Western country (remember, Russia began inoculations of their SPUTNIK vaccine earlier) to administer the Pfizer COVID Vaccine. Margaret Keenan, who turns 91 next week, said it was the “best early birthday present”. Up to four million more are expected to get the jab by the end of the month.

Meanwhile, in the U.S. we just faced the deadliest week for the virus since April. And it’s just been revealed (by the New York Times) that Trump’s administration declined to secure millions of additional doses of Pfizer and BioNTech’s coronavirus vaccine when it had the chance. 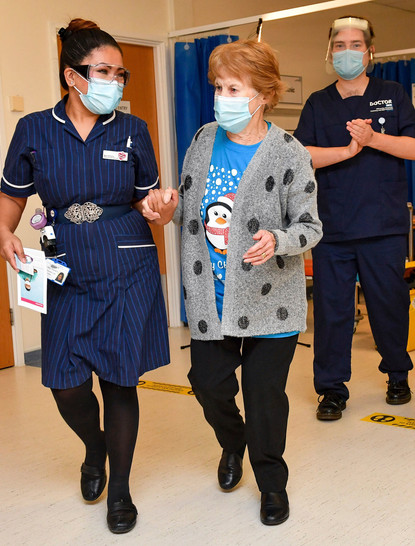 Dr. Scott Gottlieb told CNBC that the White House declined “multiple” offers from Pfizer to strike a deal on more vaccines for the second quarter of 2021.

What does that mean for the U.S.? That there could be a delay of the delivery of the second batch of doses until Pfizer ‘fulfills other international contracts.’ It’s worth mentioning that the English are getting the U.S. developed shot, the Pfizer-BioNTech shots.

Biden said Friday that “there’s no detailed plan that we’ve seen” for how to get the vaccines out of containers, into syringes and then into people’s arms.