You know you’ve made it when you get your own Twitter emoji.

Olympic gymnast Simone Biles will have her own Twitter emoji just in time for the Olympics and fittingly, it’s a goat (G.O.A.T: Greatest of All Time.) 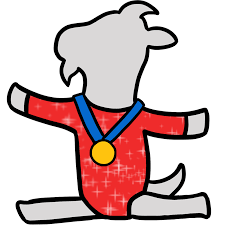 This custom emoji is a leotard-wearing goat doing the splits and adorned with a gold medal.

So whenever you use the hashtag #SimoneBiles or #Simone it will automatically pop up.

While men have traditionally had the corner on the emojis — notably  NFL stars Tom Brady and Patrick Mahomes — this is the first female athlete to hold the distinction.