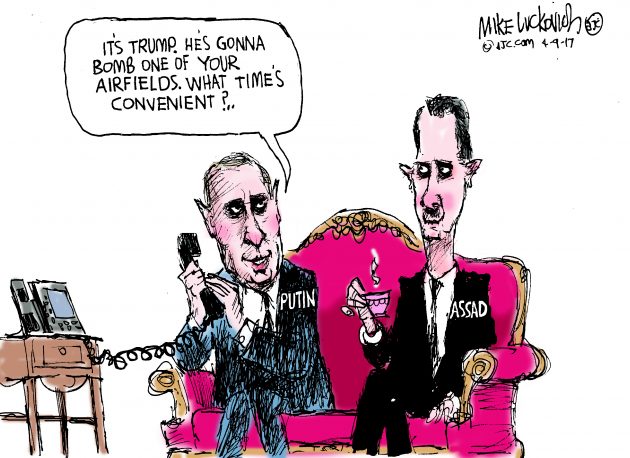 After the US launched a missile strike against Syria in retaliation for this week’s chemical weapons attack on civilians, launched by Bashar al-Assad’s regime, reports are filtering in that not only did Russia now in advance about the pending Tomahawk missiles but so did Syria.

How else to explain that senior officers had evacuated the base before the missile strikes and that the airbase was up and running the next day?